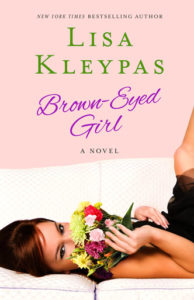 She’s a single woman in the Lone Star state.

Wedding planner Avery Crosslin may be a rising star in Houston society, but she doesn’t believe in true love―at least not for herself. When she meets wealthy bachelor Joe Travis and mistakes him for a wedding photographer, she has no intention of letting him sweep her off her feet. But Joe is a man who goes after what he wants―and, at the end of the day, Avery can’t resist his charms.

A man like Joe can only mean trouble for a woman like Avery, and she can’t afford distractions―especially now that she’s been hired to plan a career-making wedding event. But when Joe makes it clear that he’s not going to give up that easily, Avery must confront the insecurities and beliefs that stem from a past she would do anything to forget. What is she willing to risk for a chance at “happily ever after?”

A sneak peek at the 4th book in the Travis series

After her last experience with “love,” rising star wedding planner Avery Crosslin is determined not to let any man distract her—especially the night of the biggest wedding she’s ever planned and especially not a wealthy bachelor like Joe Travis, who could only be interested in a plus-size girl like her for one reason. But Joe has different ideas and convinces her to dance with him while her small staff sees to business. . .

It seemed the air had turned into champagne, every breath filled with effervescent, free-floating giddiness.

My glasses slipped again, and I began to adjust them.

“Avery,” he said gently, “let me hold those for you. I’ll keep them in my pocket until we’re done.”

“But I will.” Carefully he drew the glasses from my face, folded them, and slipped them into the breast pocket of his tux. The room turned into a blur of glitter and shadow. I didn’t understand myself, why I had surrendered control to him so easily. I stood there blind and exposed, my heart beating like a hummingbird’s wings.

Joe’s arms went around me. He took me in the same hold as before, except now we were closer, our steps intimately constrained. This time he no longer followed the orchestra rhythm, only settled into a slow, relaxed pace.

I breathed in the scent of him, burnished with sun and salt, and I was confounded by the yearning to press my mouth against his neck, taste him.

“You’re nearsighted,” I heard him say on a questioning note.

I nodded. “You’re the only thing I can see.”

He looked down at me, our noses nearly touching. “Good.” The word was scratchy-soft, like a cat’s tongue.

My breath caught. I turned my face away deliberately. I had to break the spell, or I was going to do something I would regret.

“I’m not going to drop you.” He sounded amused.

I stiffened as I felt his hand slide to the center of my back. “I’m serious. Joe—”

“Here we go.” He lowered me backward, supporting me securely. My head tipped back, my vision filled with the twinkling firefly-lights entwined in the tree branches. I gasped as he pulled me upright with astonishing ease.

“It has nothing to do with strength. It’s knowing how to do it.” Joe caught me against him, closer than before. Now we were matched front to front. The moment was charged with something I’d never felt before, a soft voltaic heat. I was quiet, unable to make a sound if my life had depended on it. I closed my eyes. My senses were busy gathering him in, the hard strength of his body, the caress of his breath against my ear.

All too soon, the song ended with a bittersweet flourish. Joe’s arms tightened. “Not yet,” he murmured. “One more.”

“Yes, you should.” He kept me against him.

Another song started, the notes flaring softly. “What A Wonderful World” was a wedding staple. I’d heard it about a thousand times, interpreted every way imaginable. But every now and then an old song could pierce through your heart as if you were hearing it for the first time.

As we danced, I tried to gather every passing second for safekeeping, like pennies in a Mason jar. But soon I lost track, and it was only the two of us, wrapped in music and dream-colored darkness. Joe’s hand covered mine, and he pulled my arm around his neck. When I didn’t resist, he reached for my other wrist and pulled that one up too.

I had no idea what song played next. We stood locked in a subtle sway with my arms linked around his neck. I let my fingers drift over the nape of his neck, where the thick hair was tapered in close layers. A feeling of unreality swept over me, and my imagination kept veering in the wrong directions . . . I wondered what he would be like in intimacy, the ways he might move and breathe and tremble.

His head lowered until his jaw grazed my cheek, the touch of shaven bristle delicious.

I felt him lift his arm behind me, but apparently it was too dark to read his watch. “Must be close to midnight,” he said.

“I have to set up the after-party.”

“No, you’ll distract me.” Realizing my arms were still linked around his neck, I began to pull free.

He caught one of my wrists and turned his mouth to the inside of my wrist. A shock of sweetness went through me as I felt his lips touch the thin, tender skin, grazing the frantic thrum of a pulse. Reaching into his pocket, Joe withdrew my glasses and gave them back to me.

I couldn’t stop staring at him. There was a crescent mark on the left side of his jaw, a thin white line amid the shadow of shaven bristle. And another mark near the outward corner of his left eye, a subtle parenthetical scar. Somehow the tiny imperfections made him even sexier.

I wanted to touch the marks with my fingertips. I wanted to kiss them. But the desire was hemmed by instinctive knowledge that this wasn’t a man I could ever be casual about. When you fell for a man like this, it would be an all-consuming bonfire. And afterward, your heart would resemble the contents of an ashtray.

“I’ll meet you when you finish setting up,” Joe told me.

Desperately I tried not to feel so flattered and overwhelmed. And I hurried away with the sense that I was running through a minefield.

“Long-time fans of RITA Award-winning Kleypas will relish the cameo appearances of so many of her beloved characters, while readers new and returning alike will revel in her stylish prose, sharp wit, and swoon-worthy sensuality…” (Booklist – starred review)