After graduating from Wellesley College with a political science degree, Lisa published her first novel at age twenty-one. Her books are published in more than 20 languages and are bestsellers all over the world.

Lisa writes for Avon and is represented by her agent Mel Berger of the William Morris agency.

Lisa was named Miss Massachusetts in the 1985 Miss America competition. Among the challenges she faced: wearing a banner with such a long state name, when she is only 5'2". Because of the rule that contestants had to tuck the excess length of banner into their swimsuits, she became known as "Miss Massachu."

At the competition in Atlantic City, Lisa's talent was singing an original composition, which won her a "talented nonfinalist" award. And to her delight, she got to keep the big sparkly crown, which sits on her bookshelf and now attracts keen interest from her daughter.

By 1998 Lisa had started a family- getting married and receiving the award of having the most wonderful little boy in the world.

That same year, Lisa's novel "Stranger In My Arms" was given the Waldenbooks Award for greatest sales growth.  The following year, Lisa's "Someone To Watch Over Me" was a Rita finalist at the Romance Writers of America convention.

In 2002 Lisa's novel "Suddenly You" was a Rita finalist and Lisa won the Rita award for her Christmas anthology novella featured in the Dorchester publication "Wish List."  A banner year, Lisa's novel "Lady Sophia's Lover" was awarded Best Sensuous Historical Romance from Romantic Times magazine, and "Lady Sophia's Lover" was given a starred review in Publishers Weekly, as was "When Strangers Marry."

Over the following years, Lisa continued to garner critical and popular success. Lisa's novel "Worth Any Price" was awarded a starred review from Publishers Weekly.   "Worth Any Price" and "Where's My Hero" were listed in the Amazon Editor's Top Ten Picks for Best Romance of 2003!

"Worth Any Price" won the RITA award for best Short Historical and a few months later, "Secrets of a Summer Night" (Nov 2004) received a starred review from Publisher's Weekly!

"It Happened One Autumn" (Oct 05) was a finalist in the Short Historical Category of the 2006 RITA Awards, and in 2007, Lisa had two finalists for RITA Awards: "The Devil in Winter" and "Scandal in Spring" Lisa was a keynote speaker at the Romance Writers of America July conference.  Listen to her speech.

Lisa's first contemporary novel "Sugar Daddy" was a finalist for the RITA Award "Best Novel With Strong Romantic Elements" while "Mine Till Midnight" was a New York Times Bestseller and a finalist in the RITA Awards "Best Historical Romance" category.

In 2011, re-releases of two of Lisa's early books made the New York Times Bestseller list, as did her contemporary novel, Rainshadow Road, released in 2012, which was been nominated for the Romantic Times Book Reviews "Best Contemporary Romance" Award.  Dream Lake, the 3rd of the Friday Harbor Series was also a NY Times Bestseller.  It was followed by Crystal Cove in 2013.

In December 2012, Lisa's book, Christmas Eve at Friday Harbor was the basis for the Hallmark Hall of Fame movie, Christmas With Holly.

In July 2015, Lisa was honored to emcee the Romance Writers of America Awards Show.

Lisa returned to Historicals in 2016 with a new series The Ravenels, and all the books debuted on the New York Times Bestsellers list and, much to her fans' delight, characters from previous books made cameos.  Each of the five Ravenels books has been a NY Times Bestseller.  The newest (the 6th, due out Feb 18, 2020) has been given a starred review by Publisher's Weekly. 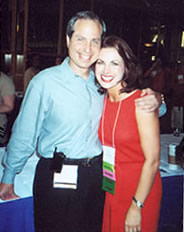 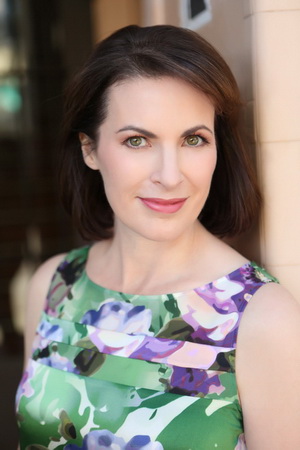