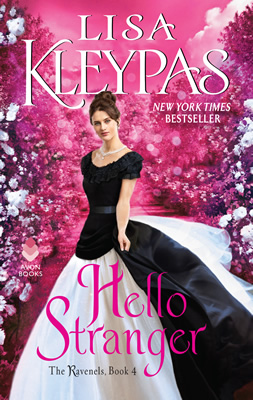 KIRKUS REVIEWS (starred review)
“A love story to savor. Another winner in Kleypas’ Ravenels series, with elegant prose, a fascinating heroine, and a Victorian London constructed with compelling historical detail.”

ROMANTIC TIMES (4 1/2 stars)
“Kleypas will continue to win readers’ hearts in book four of the Ravenels […] Kleypas makes you feel every intense moment; each heated kiss and all the thrilling action as you race to the perfect ending. There is nothing quite like a Kleypas romance.” (RT Book Reviews (4 1/2 stars))